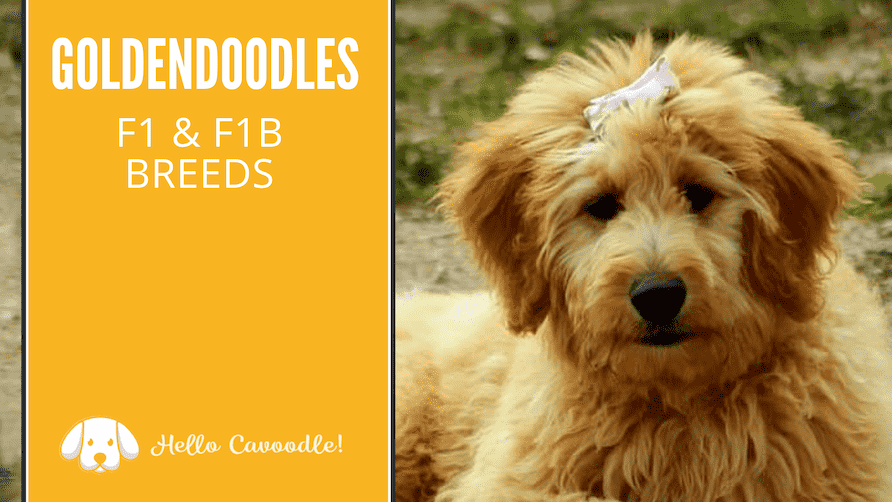 F1 vs F1B Goldendoodles: Do you know the difference? This article will explain what these terms actually mean and also give detailed information about the smart, adorable Goldendoodle.

Usually, an F1 dog will be bred to a purebred Poodle. This is called a backcross and is thought to improve certain breed traits like low or nonshedding. It can also result in other characteristics like a tighter curl of the fur.

When comparing an F1 vs F1B Goldendoodle the adult size of both will vary by sex and the individual animal, but F1 Doodles tend to weigh between 50 and 75 pounds. Males are about 24 inches tall; females are around 21 inches. The size and weight of an F1B Goldendoodle can vary greatly, depending on the size of the Poodle parent.

A standard Poodle purebred parent can produce an F1B Goldendoodle pup that will weigh at least 51 pounds and stand over 21 inches tall. A miniature Poodle sire will likely result in a smaller adult dog standing 17 to 20 inches tall and weighing somewhere in the 36 to 50-pound range

It is also said that crossbreeds benefit from the so-called Hybrid Vigor. What is Hybrid Vigor?  It basically means that a crossbred dog will be healthier than their purebred parent dogs. So, the first generation tends to have fewer health issues.

Read also:  Bernedoodle vs Labradoodle - Which Should You Get? 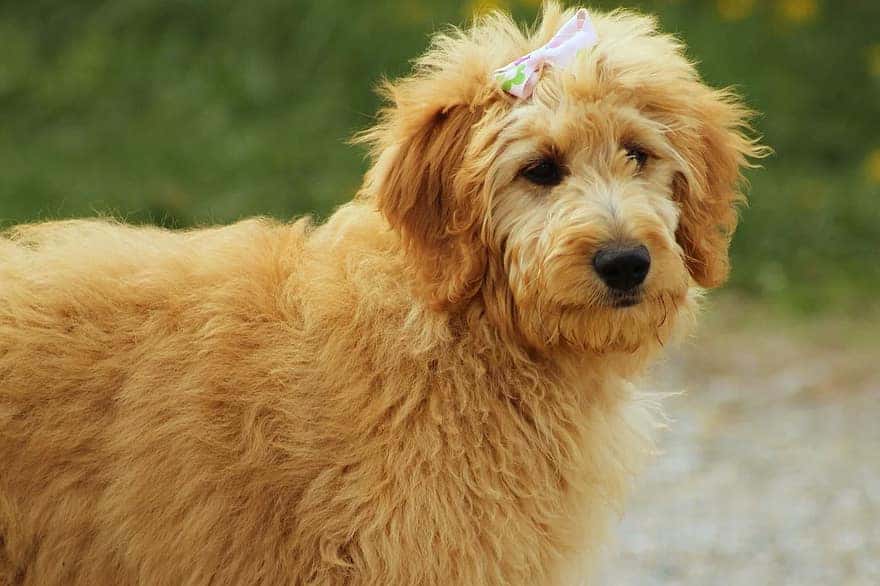 Golden Retrievers are high shedders. Poodles are not. So what coat type do they produce when combined?

The F1 hybrid dog tends to have a rather hypoallergenic coat and is a good choice for those with moderate to severe allergies. However, there is no such thing as a truly hypoallergenic dog. All dogs produce dander. These are tiny flakes of skin similar to human dandruff. These flakes carry proteins that can trigger an allergic response in sensitive individuals.

The F1B Doodle is more hypoallergenic because it’s only 25 percent Golden Retriever. The other 75 percent of its genes come from the low-shedding, dander-retaining Poodle.

The Golden Retriever tends to be affable, friendly, and accepting of everyone. The Poodle tends to have a nervous, high-strung personality and is often suspicious of strangers. However, both the F1 Goldendoodle and F1B Goldendoodle often have mellow, gentle, calm temperaments, in spite of the Poodle heritage.

There is not a great deal of difference between the two when it comes to temperament and personality. Both tend to be sweet, calm, loving dogs and make wonderful pets.

That said, the F1B might show nervous traits more akin to its Poodle parent. It’s very hard to predict, though, exactly how the genes will express themselves in a particular dog. Of course, training and kindness have a heavy influence, too.