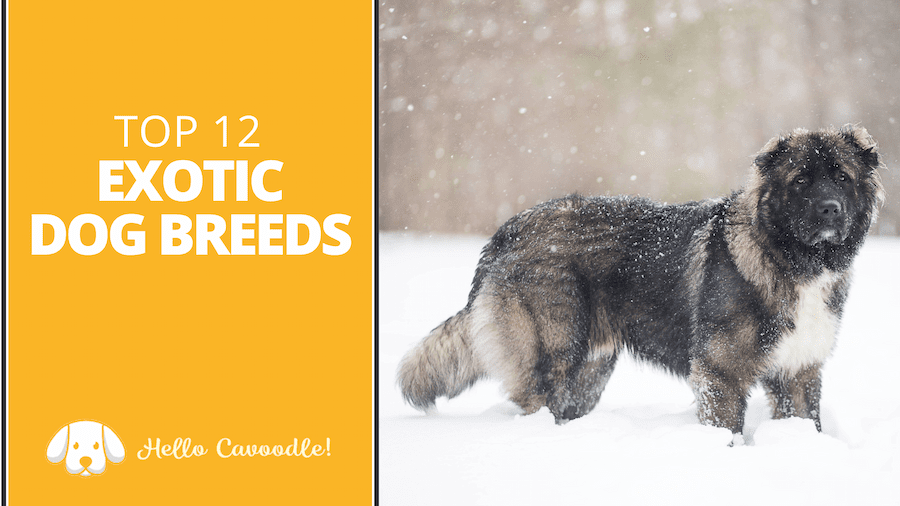 The companionship between dog and man dates all the way back to hunter-gatherer societies when they trotted happily alongside their nomadic owners. Over eons of time, dogs have remained cherished pets, working companions, or both in most parts of the world. Shepherds, Labradors, Hybrids, and Mutts are walked on leashes, go on car rides, and play with kids in the backyard of homes around the globe.

Most dog lovers are happy with these common breeds, but for those personalities who are fascinated by the rare and unusual, exotic dog breeds exist. They’re costly and typically high maintenance, but for those who thrive on uniqueness, an exotic dog will be their pride and joy and the talk of the neighborhood.

If this is you, check out our list of the 12 most exotic dog breeds. 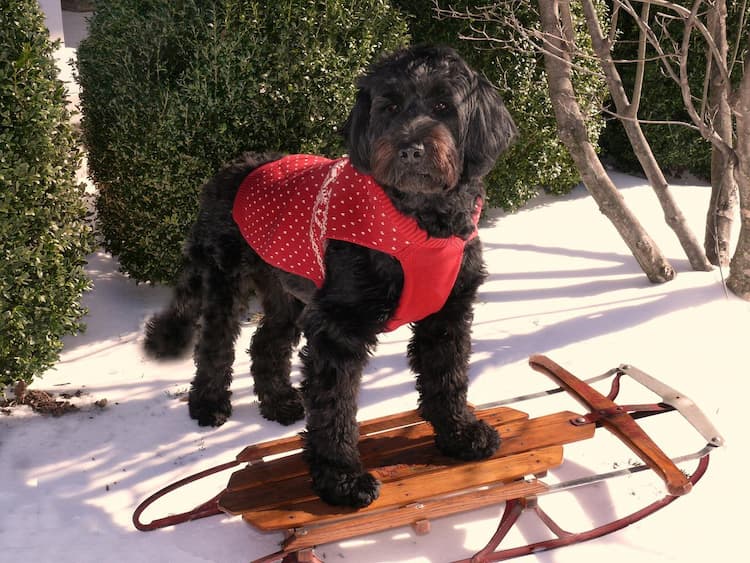 Once the rarest known breeds, Portuguese Water Dogs are still hard to find today. Nicknamed Porties, they originated on the coast of Portugal and were bred to be strong swimmers. They have webbed feet and a long, thick tail used as a rudder in the water.

The Portie is a mid-sized dog with an athletic build. The coat is short and curly or wavy and comes in brown, white, black, or a combination of brown and white or black and white.

Porties have a keen intelligence as seen through their attentive expression. They’re easy to train and eager to please their masters. They’re as active and fun-loving as they are intelligent. Porties are also very affectionate and good with children.

This dog breed was made famous when a pair named Bo and Sonny was chosen as the First Dogs by President Barrack Obama to live in the White House. 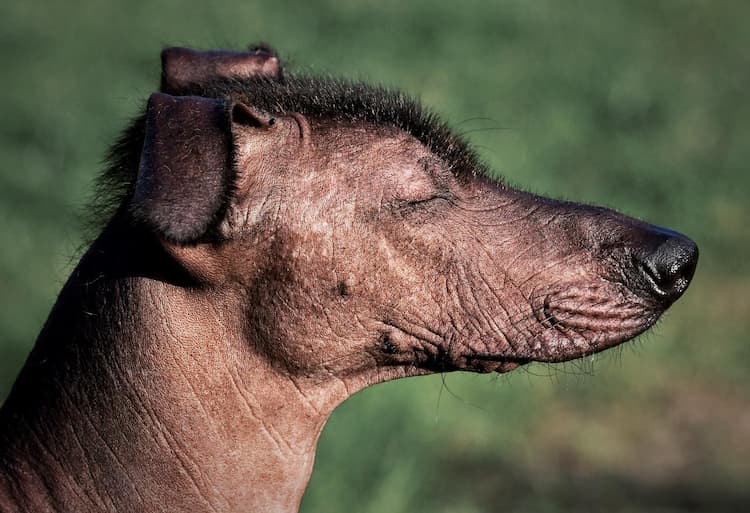 Also called Mexican Hairless Dog, the Xoloitzcuintle (show-low-eats-QUEENT-lee) or Xolo for short, is an almost hairless dog with skin ranging in color from white to black or a mixture of hues. The only hair on the Xolo is a mohawk-style tuff on the top of the head. A few varieties have a short, wiry coat.

The Xolo’s history is as unique as its appearance. According to Aztec lore, the god Xoloti created them from a piece of bone humans were previously made from and the dogs were sent to Earth to guide humans and protect them from danger.

This rare breed comes in three distinct sizes: Standard, Miniature, and Toy. All of them have a calm, easy-going temperament and are never hyper. Alert and watchful, the Xolo is protective and affectionate. 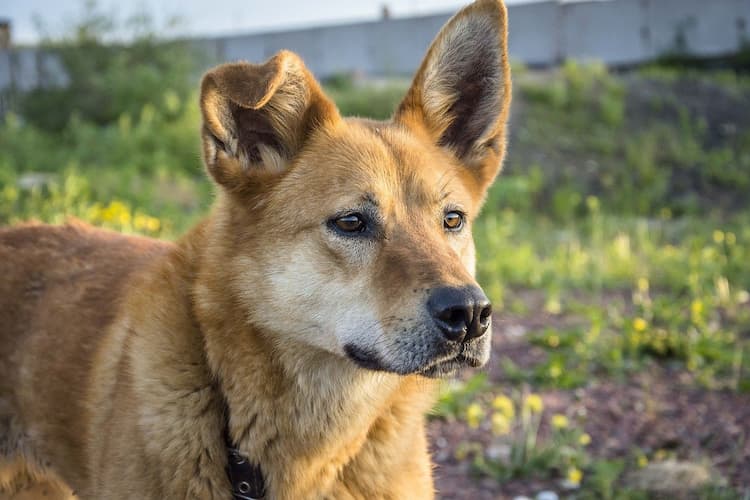 Perhaps the rarest dog on this list, the New Guinea Singing Dog lived in isolation for more than 300,000 years. Only a few of them live outside their natural habitat of the Papua New Guinea mountains. The NGSD’s name comes from its ability to produce varying pitches of its voice from whines and yelps to a one-note howl.

The NGSD’s appearance is fox-like with a coat of average to long length in shades of red with or without black, tan, or white symmetrical markings. Its head is wedge-shaped with pointy ears and triangular obliquely-set eyes. They come in small to medium sizes.

This extremely rare breed is not for everyone. Although they can be tamed to socialize with humans, they’re considered to be wild animals.

This energetic breed is muscular and average in size. They require a good deal of exercise and aren’t recommended for those living in small homes or apartments. They’re affectionate and loyal to family members but have an independent stubborn streak that requires a strong-willed trainer. Their independent attitude comes from working far out in the swamps. 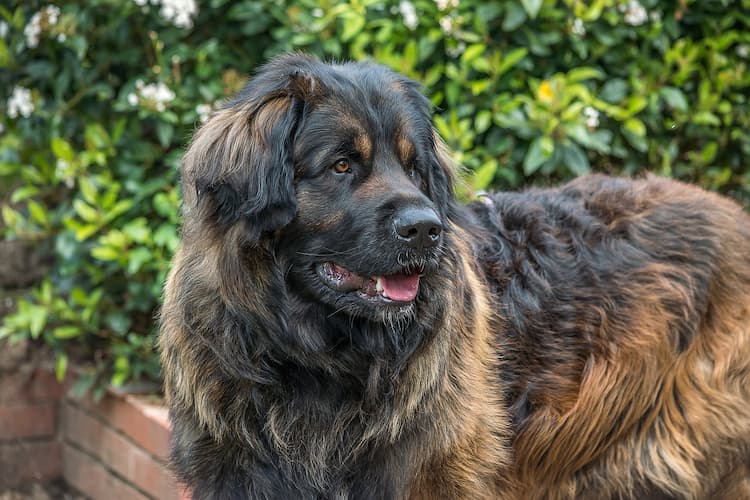 The regal Leonberger is a cross between three gigantic breeds: St. Bernards, Newfoundlands, and Pyrenese Mountain Dogs. They were first bred in the German city of Leonberger where they were a hit with royals. Despite their huge size, the Leonberger is very gentle and playful. In fact, they’re often called the world’s largest lapdogs.

These lush-coated dogs can weigh up to 150 pounds and tend to drool a lot. They were recognized by the American Kennel Club in 2010 in the Giant Breed category. They love to be outdoors but don’t do well in extreme heat.

The Leonberger gets along well with strangers but can be aggressive towards other dogs.

The dapper little Dandie Dinmont Terrier hails from Scotland and is one of the smallest Scottish Terriers. The breed was named in honor of a fictional character from a novel written by Sir Walter Scot. They have a long body and short legs and were bred around 1700 to hunt rats, badgers, and other vermin.

Dandies love to dig for critters (it’s in their DNA.) They will slip easily under a fence and shouldn’t be left unattended in the backyard. They’re fairly energetic and need at least two 30-minute exercise sessions per day. And plan to brush their wiry coats daily to avoid matting.

The Tibetan Mastiff is known as the ultimate guard dog and served as an estate protector for Tibetan temples and monasteries. The breed originated in the Himalayas with a heavy coat to survive Central Asia’s frigid temperatures.

Because of isolation, it’s unknown how long the breed has existed. The Tibetan Mastiff may well be the progenitor of all other Mastiff breeds.

These behemoth dogs can weigh up to 150 lbs, and today, their role is a big fluffy family pet with a side job as a guardian. Loving and protective, they will defend family members to the end. They can be very territorial and wary of strangers.

Tibetan Mastiffs can be aloof and intimidated. They aren’t for everyone, so learn more about them before committing to one of these gorgeous beasts. 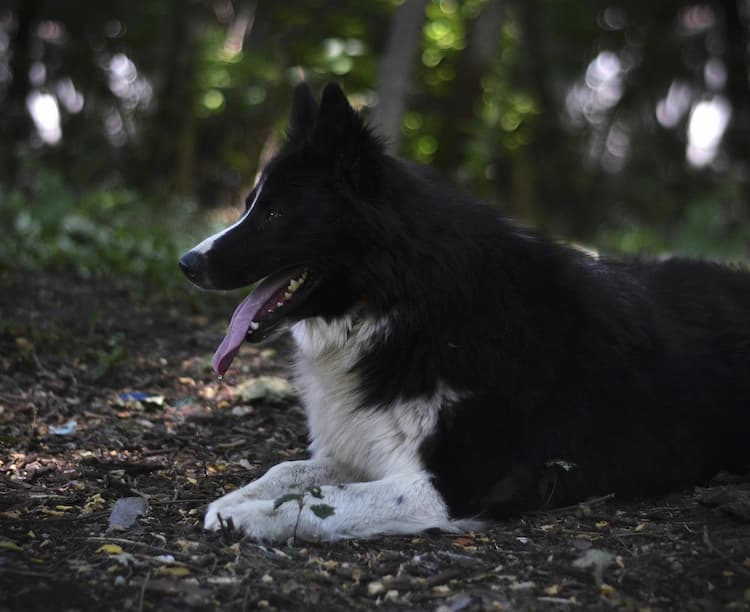 The Karelian Bear Dog was bred in Finland for big game hunting such as bears, wild boar, and moose. They’re self-confident and known as silent hunters for aggressive games and work cooperatively with experienced hunters. They only bark one time once the game is treed or stopped. The tone of his bark indicated the type of animal he is trailing.

Karelian Bear Dogs are spirited hunters, have an excellent sense of direction, and are courageous and persistent. They’re medium-sized Spitz dogs with dense coats but are more similar to non-Spitz dogs such as the Samoyed and Siberian Husky.

These dogs can be taught self-control around people but are aggressive toward other dogs, especially males. 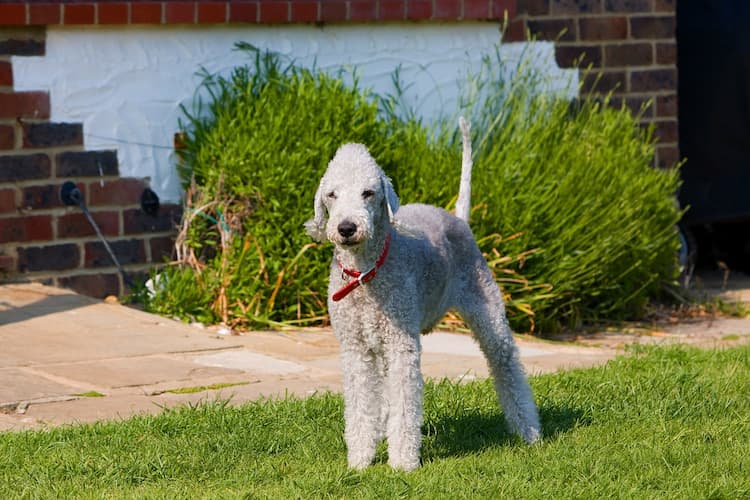 The Bedlington Terrier originated in northern England and was bred as a killer of vermin and a hunter’s companion. It’s believed that they once traveled with gypsies and their ability to rid the land of vermin caught the attention of local squires who wanted the dogs for themselves. They still have a keen sense of smell and excellent hunting skills but are rarely used in the field today. Instead, they’re adorable family pets and do well in the show ring.

Bedlingtons can be stubborn and need early socialization in households with other pets. In fact, they prefer to be the only pet in the family. They’re very friendly to people and love to be the center of attention. They’re also protective and make great watchdogs.

These little dogs are easy to train but don’t respond to harsh voices. They should be brushed at least twice weekly to prevent matting and maintain the coat. Their small size makes them suitable for apartment life.

Weighing in at up to 150 lbs, the Neapolitan Mastiff is a giant watchdog that is also a cuddle bug. They’re often used by police and army forces but their favorite job is the family pet. Although they’re wrinkly behemoth beasts, they’re very affectionate and loving. They’re calm, rarely bark, and prefer lounging around the house.

Neapolitan Mastiffs are good dogs for those who have to be gone from home during the day. Instead of fretting with separation anxiety, they turn to their second job as a family protector. They’re best suited to homes with large fenced-in backyards to guard. 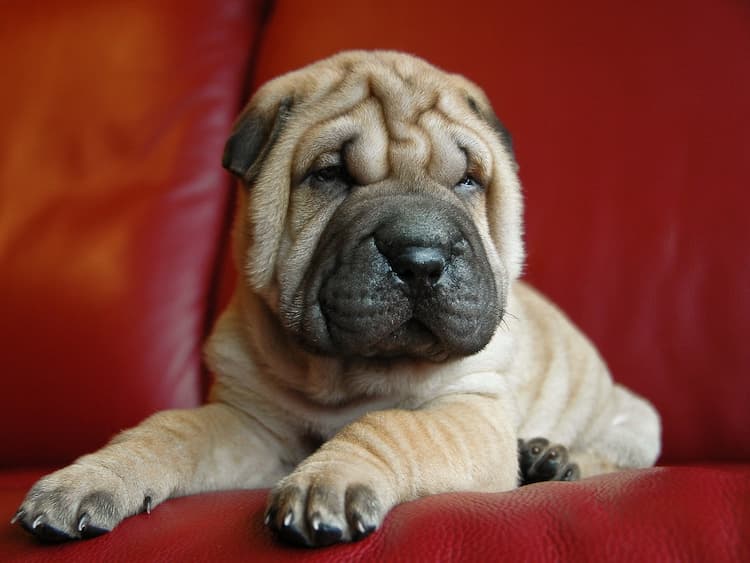 The Shar-Pei is a unique-looking dog with wrinkles everywhere, an upturned tail, and tiny ears. The name “Shar-Pei” means “sand skin” and describes the coarse coat. The breed originated in ancient China around the time of the Han Dynasty and was used by Chinese farmers as hunters, livestock guardians, and herders. Depictions of them can be seen on ancient artifacts.

The Shar-Pei is loyal and prefers to be around family members rather than strangers and other dogs. They are just as happy living in apartments and taking short walks as they are taking long walks with an active owner. 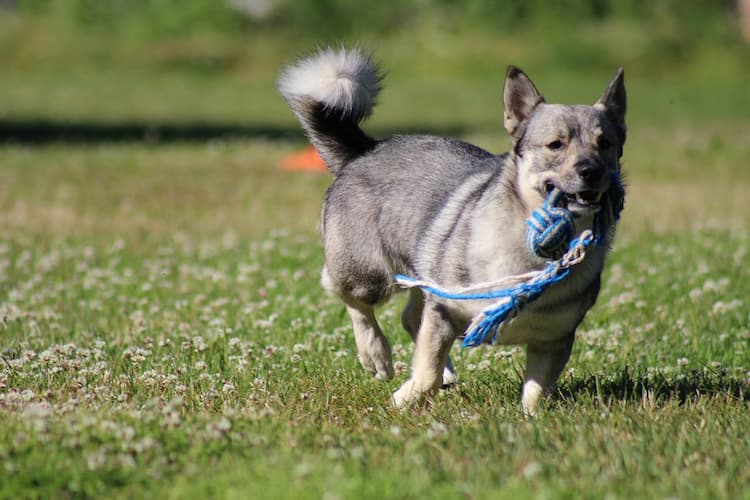 Although it has the looks of a modern designer dog, the Swedish Vallhund has been around for more than a thousand years and was used by Vikings. The ancient breed is an ancestor of the modern-day Corgi.

As the name suggests, these dogs originated in Sweden as sheepherders but became popular in the Western world. They’re members of the Spitz family and have fluffy, curled tails and pointy faces. Their tiny size classifies them as a dwarf breed and they make excellent family pets for people who live in small dwellings.

The Swedish Vallhund has a charming personality and is quick to learn.