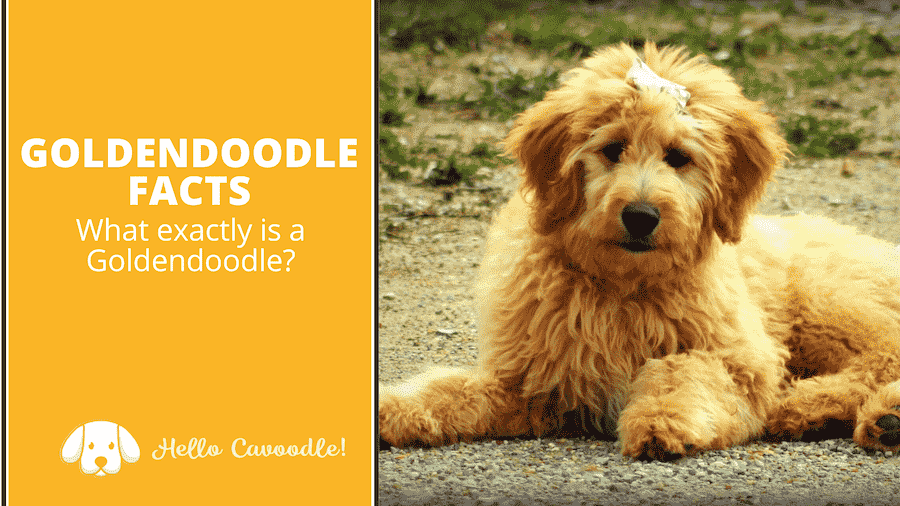 With teddy bear looks and a winning personality, the Goldendoodle is one of today’s most popular dog breeds. They’re also known as Goldenpoos, Goldiepoos, or Curley Goldens, and the Aussies call them Groodles.

What exactly is a Goldendoodle? 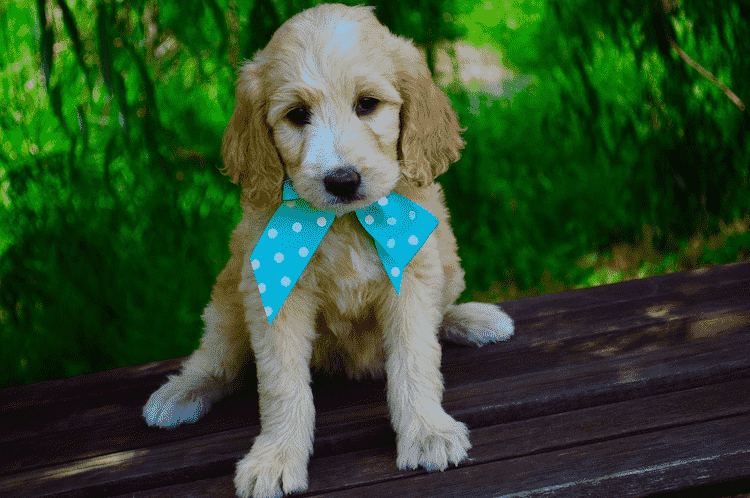 More accurately described as a hybrid or crossbreed, the Goldendoodle is a result of mating a Golden Retriever with a Poodle. This adorable dog’s exact origin is a mystery, but they first appeared in the 1990s following the popularity of the Labradoodle, another mixed breed with Labrador Retriever and Poodle parents. The two hybrids share many of the same characteristics.

TV personality and cookbook author Paula Deen has a cream-colored Goldendoodle named Gus she spoils with homemade dog treats. Usher, Kenny Chesney, Jenson Ackles, and Perez Hilton are among the other celebs who own a Goldendoodle. Then there’s Samson the Goldendoodle who has over one million Instagram followers.

But is this popular dog breed right for you? Find out with these facts about Goldendoodles.

Since Poodles vary in size more than a Golden Retriever, a Goodledoodle’s height and weight will depend on the Poodle parent. When bred with a Standard Poodle, the result will be a Goldendoodle that can weigh as much as 70 lbs and stand around 22 inches tall.

Goldendoodles Come in Many Colors

Like size, Poodles vary in color while the Golden Retriever’s coat is standard wheat or golden color. Therefore, the coat color of a Goldendoodle can range in colors from black to white, brown, cream, red, silver, or apricot. They may also display a mix of colors known as parti or brindle.

In rare cases, a puppy bred from multiple generations of Doodles may display recessive color traits such as bluish or gray.

The Goldendoodle’s coat texture can also vary from slightly wavy to curly.

Goldendoodles are the Perfect Family Dog 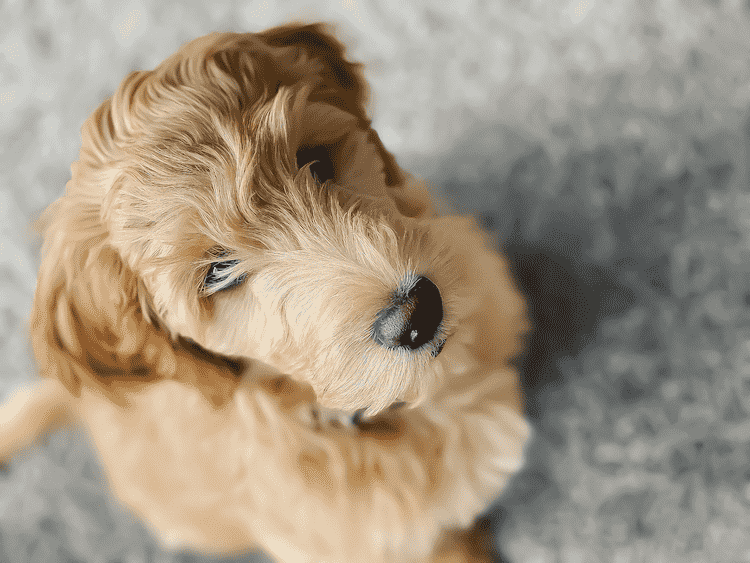 Goldendoodles are a social breed and need to live indoors with a family. Affectionate, loyal, and intelligent, they get along well with children and other pets. They inherit a gentle nature from the Golden Retriever and a playful spirit from the Poodle.

Goldendoodles are inherently careful around infants and toddlers but always supervise small children while playing with any dog. Teach them the proper way to interact with pets.

With proper socialization, neither the Standard, Minature or Toy Goldendoodle will bark excessively, so no worries about disturbing any neighbors.

As a crossbreed between two distinguished dog breeds, (Poodle and Golden Retriever,) the Goldendoodle is not a breed of its own, They are often called “designer dogs,” a breed of dog that has become very popular because they inherit the best traits from each parent dog.

Read also:  Facts About the Cavapoo and Cavoodle!

Also known as a hybrid breed, Goldendoodles may be found in shelters, so adopt if you can.

Goldendoodles are Easy to Train

Intelligent and people-pleasing, Goldendoodles excel at training sessions. Use positive reinforcement such as praise and treats. Sign your puppy up for obedience classes to learn basic commands.

Goldendoodles, especially Standards need plenty of outdoor exercises. They crave long walks and games of fetch in the backyard. Swimming is also a great exercise for Goldendoodles. They inherit their love for the water from the Golden Retriever and the Poodle, dogs bred to hunt and retrieve waterfowl. Take them swimming in bodies of calm water such as ponds or lakes. They may get too tired while fighting waves and river rapids.

Goldendoodles Need a lot of Grooming 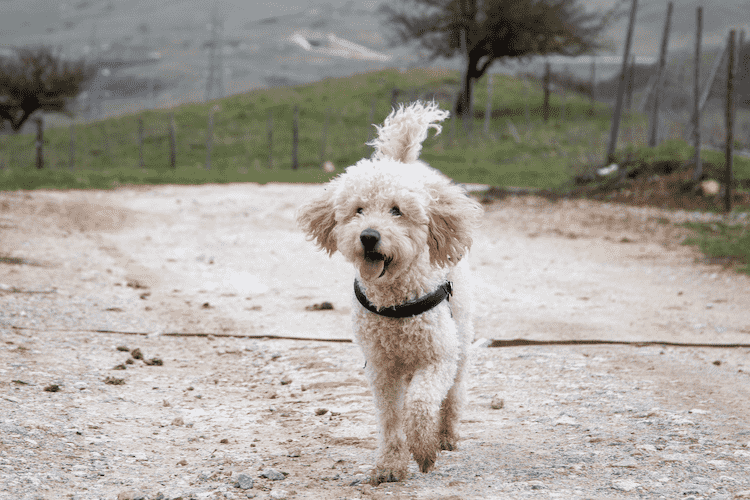 The amount of grooming your Goldendoodle requires will depend on whether the coat type is more like the Golden Retriever parent or Poodle parent. A curly-haired Goldendoodle will need regular trims preferably from a professional groomer. Brush them frequently to avoid matting. Here are the recommended brushes for Goldendoodles.

If the coat is more loose and wavy like the Golden Retriever, regular brushing will remove shedding hair and keep the coat shiny.

Clean the ears frequently since they are long and floppy and prone to infections. Keep nails trimmed for you and the dog’s comfort.

The Goldendoodle’s intelligence and gentle, affectionate nature make them easy to train as assistants. The laid-back attitude they inherit from the Golden Retriever differs slightly from their Labradoodle cousins. The Goldendoodle is commonly trained to be a therapy and emotional support dog while the Labradoodle is mainly used as a guide dog for the blind.

Goldendoodles are a good option for people who suffer from mild allergies. Because of the low-shedding Poodle parent, they don’t normally shed very much. Keep in mind though, that most dog allergies are caused by the dander or shredded dead skin cells and not fur.

To get the most hypoallergenic coat, look for an F1B Goldendoodle, which is 75 percent Standard Poodle and 25 percent Golden Retriever.

Thanks to their genetic diversity, hybrid or crossbred dogs are generally more disease-resistant than pure breeds. The Goldendoodle is a healthy breed when obtained from an ethical breeder. You should monitor your Goldendoodle’s health with regular checkups by a veterinarian.

Some conditions to be on the lookout for are hip dysplasia (inherited from both parent breeds,) seizures, patella luxation, a blood clotting disorder called von Willebrand Disease, atopic dermatitis, ruptured cranial cruciate ligaments in the knees, and an eye condition known as progressive retinal atrophy.

With good care, your Goodledoodle should have a lifespan of between 10 and 15 years.