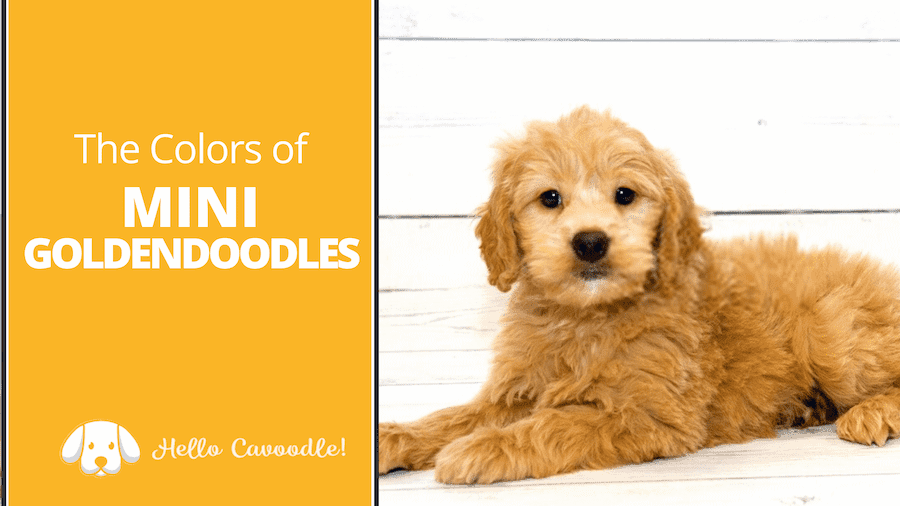 The breed is a combination of Poodles and Golden Retrievers which means their coat comes in a variety of colors.

Cute, sweet, smart, and playful is the perfect way to describe Mini Goldendoodles

Common coat colors for Mini Goldendoodles are tan, brown, apricot, black and cream. Depending on DNA, on rare occasions some coats are multi-colored.

What Determines the Color of a Mini Goldendoodle?

The exciting part about the color of Mini Goldendoodles is nature can’t be controlled and the color of the puppy’s coat is always a surprise. Sometimes, a litter of puppies can vary which means there can be a few black puppies, a few white or any other color depending on the parents. 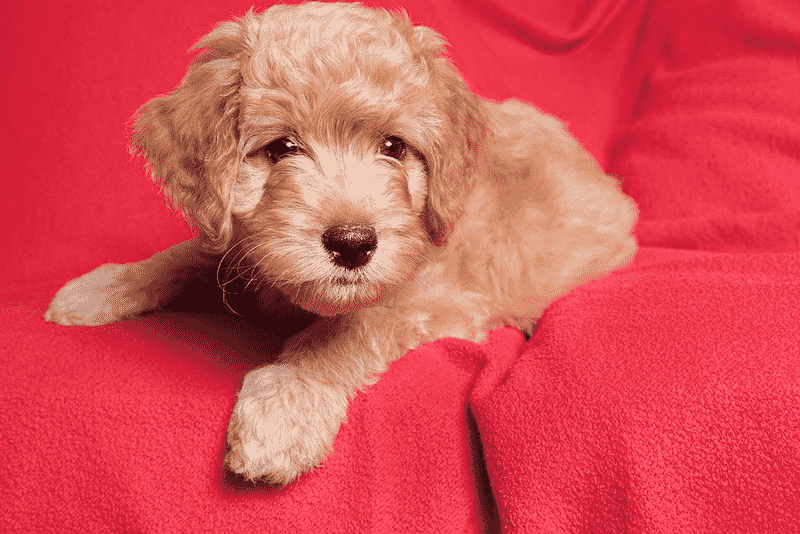 The most common and popular mini Goldendoodle is the apricot Goldendoodle. Perhaps because it somehow appears to be the cutest, kind of like your teddy bear from childhood.

Another often seen color is the pure black Goldendoodle. This type of mini Goldendoodle comes when it has a black gene and no other gene to change its appearance. 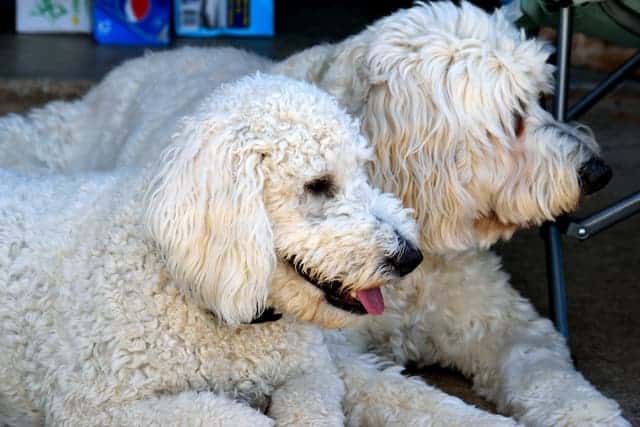 Another simpler color is the cream Goldendoodle which has the color from the Labrador parent where cream is quite common.

A parti Goldendoodle is a mix of colors where white is the predominant color and there are patches of another color all over the mini Goldendoodle. This is a recessive gene and requires multi-generational breeding to aquire.

Partis can be black and white Goldendoodles,

Does the Coat Change Colors as the Mini Goldendoodle Grow Older?

Yes. The coat gradually lightens as the pup grows older. Most coats will eventually become a shade of cream. Goldendoodle puppies with apricot coats will also lighten up but they will always remain a shade of apricot throughout their lifetime. Dark brown or black coats usually remain dark but have the potential to gradually change to a lighter shade of black or brown. However, there usually isn’t much of a difference. An excellent tip when choosing your Goldendoodle puppy from a litter is to vision their coat a few shades lighter.

Caring for a Mini Goldendoodles Coat

Caring for A Mini Goldendoodle coat is easy since they inherit their Poodle parent’s coat. As a pet parent, you can expect to brush and groom your Mini Goldendoodle frequently to help remove loose hair from the undercoat and prevent hair from matting.

Always keep in mind that as your pup gradually grows into an adult there is a chance the color of the coat can lighten to a degree.

A great way to determine the future color is to look at the Poodle parent.

Mini Goldendoodles are excellent companion dogs that have soft fluffy coats that come in a variety of Goldendoodle colors.