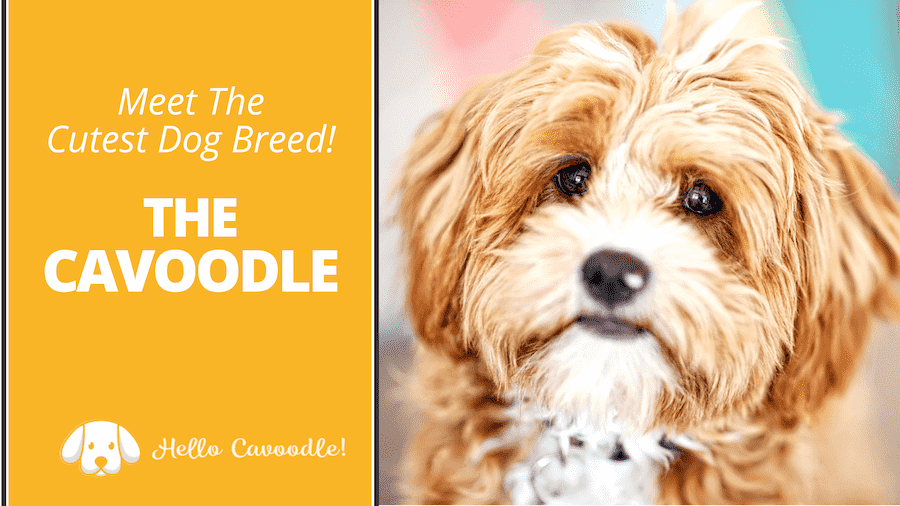 Cavoodles are undeniably the cutest and most adorable puppies.

With ancestors like the Cavalier King Charles Spaniel and the Toy or Miniature Poodle, you know that cuteness is guaranteed! However, no one was ready for the extreme charm of the Cavoodle designer breed.

Cavoodles are also known as Cavapoos or Cavadoodles. It is believed that the first attempt to cross-breed a Cavalier King Charles Spaniel and a Miniature Poodle happened in the United States. That was during the 1950s — around the time their Cockapoo (Cocker Spaniel and Poodle mix) cousins were first developed. Despite their supposed American history, these puppies are currently most popular in Australia where they have been increasingly capturing the hearts of dog lovers over the past decade.

Why Cavoodles are the Cutest

The appearance of Cavoodles can vary greatly between puppies. Each one’s physical attributes would really depend on the size and colour of their parents and from which breed they predominantly take after. They are considered small, with sizes ranging from 28 to 35 cm for puppies coming from a Toy Poodle parent. For puppies with a Miniature Poodle parent, 33 to 45 cm is the typical range. As fully-grown adults, they generally weigh between 5 and 10 kilos.

Even as adults, these adorable mutts look like puppies. They have round faces, floppy ears, and large brown eyes that melt your heart with just one look. They have soft, lush coats that could be solid black, white, apricot, rust, chestnut, or a combination of these colours.

Why You Would Love Cavoodles

From the Cavalier, Cavoodles take their affable and affectionate nature. From the Poodle, they take their intelligence and devotion to their humans. These puppies are also incredibly sociable. This is true more so with their human companions than with other pets. They’re also known to be playful yet gentle with children.

Read also:  What Are Designer Dogs? Compared to Mixed Breeds

Cavoodles don’t require plenty of exercise but are actually fairly active. Nevertheless, a short daily stroll would still do them good. Too much unexpended energy may lead to some unwanted behaviours.

Generally, the Cavoodle is a healthy breed and have a lifespan of 11 to 15 years. Some health issues to watch out for are dental diseases, which are common among dogs of their size. Ear infections may also be a concern since those are typical of floppy-eared breeds.

Cavoodles either barely shed or don’t shed at all. Their shedding would really depend on the coat they inherited. Basically, the more they take after the Poodle in terms of the coat, the less they shed. This makes them a generally hypoallergenic breed. However, this also means that they need to get their fur clipped every so often. Brushing also needs to be done regularly to keep their hair from getting matted.

For most households, Cavoodles are an excellent choice.
This is not only because they look extremely adorable. More importantly, it’s because they have even temperaments that suit both adults and children. Also, their exercise requirements are moderate but they are energetic enough to keep up with active play.

Furthermore, they’re generally healthy and easy to care for as well as easy to train.

These puppies are sweet and affectionate which makes them incredibly easy to love.